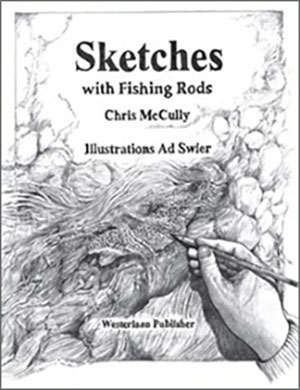 Chris McCully has been fishing since 1967, when he lost his first trout on Coniston Water in the English Lake District. He has published two previous books about angling, Flyfishing: A Book of Words (1992) and the awardwinning The Other Side of the Stream (1998). In 2006 he edited Ad Swier’s bestseller, Passion for Pike... and survived. He lives in the north of the Netherlands, close to the Waddenzee.
Ad Swier has been fishing since 1954, so he is a ‘much more experienced’ angler than Chris... Ad started his angling ‘career’ in the Westbroekpark in the Hague. He is an artist. And a flyfisherman. His words, art and photographs have appeared in many different books and magazines worldwide. He has published two books himself - Swierigkeiten (1999) and Passion for Pike (2006). He lives in the east of the Netherlands, on the banks of the beautiful river IJssel.

(Only available in English)